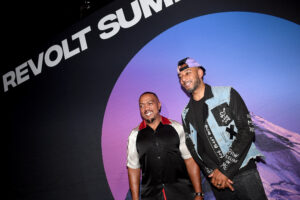 Music producers Timbaland and Swizz Beatz have won their Verzuz battle against Triller.

According to Variety, the two producers have settled their $28 million lawsuit filed against Triller for nonpayment of money owed to the pair. As part of the settlement, Kasseem Dean (Swizz Beatz) and Timothy Zachary Mosley (Timbaland) will have a bigger ownership stake in the Triller Network.

In a written statement, the creators of the battle series said, “Verzuz has always been a platform that is by the artists, for the artists and with the people. We’re glad to come to an amicable agreement with Triller and continue giving fans the music and community that they’ve come to know and love from the brand.”

BLACK ENTERPRISE reported in August that Verzuz co-founders Swizz Beatz and Timbaland were suing Triller for a reported $28 million.

According to Variety, the two producers sued Triller due to the company failing to make a substantial payment to them earlier this year in January. In the legal paperwork filed, the pair said that the company agreed to pay them $9 million each by March 20.

After that payment was made, Triller then agreed to pay $1 million every month for the next 10 months. Triller had not done any of that, which is the reason the lawsuit was filed.

The Washington Post previously reported that Swizz and Timbaland weren’t the only ones who filed a lawsuit against Triller. The company had been accused by several Black creators of not remitting payments due to them. They have not made payments that were promised under a $14 million program that was created for 300 Black influencers to create content for the app.

After both sides settled, Bobby Sarnevesht, Triller’s executive chairman and co-founder also released a statement. “Verzuz and Triller will always be a safe place and outlet for creators and their art. Nothing will change that. Nothing will change that. Creators started this and will continue building it. This is a victorious moment in the Triller and Verzuz relationship as we march together toward the public markets. Stay tuned.”

On Thursday a joint statement was released.

“Swizz Beatz and Timbaland remain proud of the platform that they created with Verzuz and its acquisition by Triller due to the company’s willingness to celebrate and showcase artists.”