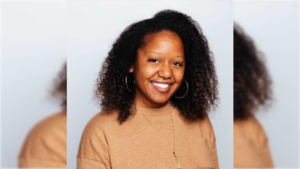 Axios reports the Black Wealth Data Center (BWDC) is hosted by Prosperity Now, a Washington-based nonprofit that takes existing federal and public data and organizes it into a user-friendly format.

One area the data center focuses on is Black homeownership, in which Black Americans are disproportionately affected due to decades of discrimination by the banking industry and redlining. According to Time Magazine, at the end of 2020, the Black homeownership rate was 44.1%. In comparison, 48% of Hispanic Americans were homeowners, and almost three-quarters of white Americans (74.5%) owned a home.

According to Natalie Evans Harris, the executive director of the BWDC, the database will empower others to improve the collection, quality, and accessibility of racial wealth equity data.

“By centralizing data from many sources and partnering with leading organizations across the country, we’re also committed to creating efficiency for the practitioners and policymakers leveraging data to make decisions that help repair the harm caused by racism and decades of disinvestment,” Harris said in a statement on the BWDC website.

JPMorgan Chase has committed $12 million to increase homeownership opportunities for Black and Hispanic residents as part of its five-year $400 million commitment to improve housing affordability and stability. The bank will provide low-cost loans and grants targeted to nonprofits and organizations in the affordable housing space that will improve the affordability and stability of Black and Latino households.

In March, TD Bank launched its TD Home Access Mortgage, which will provide prospective Black and Hispanic homebuyers with an affordable mortgage option that includes a $5,000 lender credit, which does not require repayment.

Bloomberg Philanthropies’ Greenwood Initiative is an effort to push the acceleration of wealth accumulation for Black Americans by addressing systemic underinvestment in Black communities across the country. The initiative is named after the Tulsa, Oklahoma, community that burned to the ground in the Tulsa Race Massacre.