Astronomers have at long last seen the center of the Milky Way galaxy, unmasking a giant black hole, a celestial vortex 26,000 light-years from Earth that should otherwise be hidden from sight.

An international team of researchers released on Thursday a snapshot of the supermassive black hole known as Sagittarius A*, spied through the power of eight linked radio dishes from around the world that together can penetrate through Earth’s atmosphere, murky dust, and gas clouds in outer space. Though black holes are by definition unseeable — light can’t travel fast enough to escape their clutches — Sagittarius A* revealed itself in the form of a black shadow surrounded by the bright glow of the gas and debris swirling around its perimeter.

The photo showed a region in deep space reminiscent of a solar eclipse — a darkened circle, wreathed in a radiant red-orange fuzz of light. The image was colorized so that human eyes could perceive it.

Up until three years ago, any depiction of a black hole was merely an artist’s interpretation or a computer model of what the spinning, spacetime-bending phenomenon might look like. This object, seen in the photo at the top of this story, is the real deal, each pixel representing a Herculean effort: hundreds of scientists from 80 institutions around the globe working together to collect, process, and piece together fragments of radio data.

The breakthrough was also published in the science journal Astrophysical Journal Letters. Spokespeople from the Event Horizon Telescope, the international collaboration of 300 scientists who worked on the feat, hosted simultaneous press conferences in at least seven countries to share the news, including one in the United States at the National Press Club in the nation’s capital.

The image of Sagittarius A*, pronounced “Sagittarius A-Star,” is a monumental achievement, the second such time scientists have overcome the barrier of invisibility to glimpse a black hole. The first photo, revealed in April 2019, showcased the black hole that resides at the center of the Messier 87 galaxy, an easier target to capture because of its size, despite its being much farther, at about 53 million light-years away. Astronomers say that black hole, dubbed M87*, is as large as Earth’s eight-planet solar system.

The second photo provides powerful confirmation to the scientific community, said Feryal Özel, a professor of astronomy and physics from the University of Arizona.

“Now we know that it wasn’t a coincidence — it wasn’t some aspect of the environment that happened to look like the ring that we expected to see,” she said at a news conference in Washington, D.C. “We now know that, in both cases, what we see is the heart of the black hole, the point of no return. These two images look similar because they are the consequence of fundamental forces of gravity.” 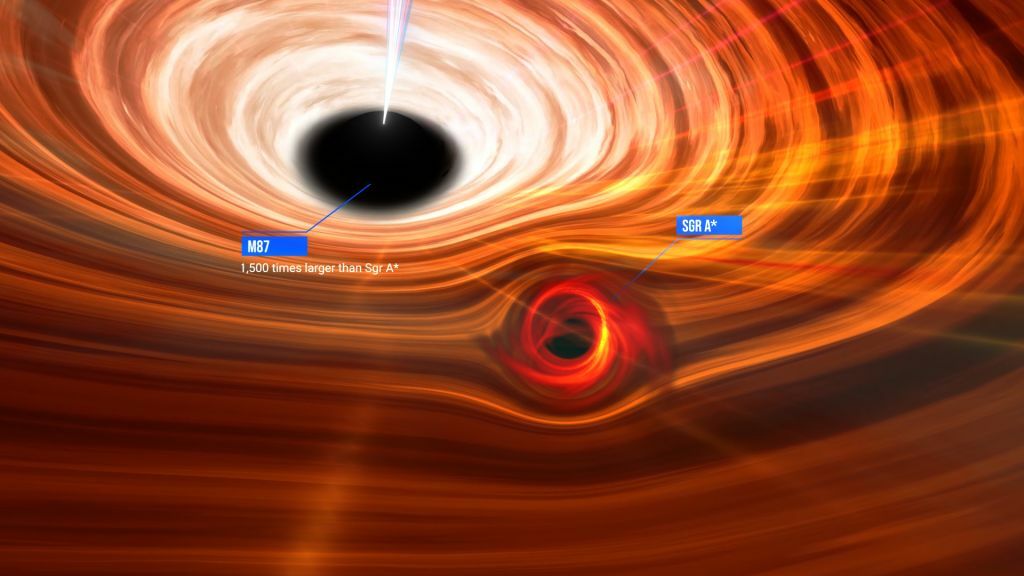 This graphic shows how much larger the supermassive black hole in the galaxy M87 is than Sagittarius A* (which lies at the center of our Milky Way galaxy).
Credit: National Science Foundation / Keyi “Onyx” Li 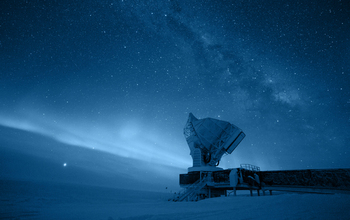 The South Pole Telescope is one of the radio dishes linked in the Event Horizon Telescope array to produce the black hole images.
Credit: Daniel Michalik / National Science Foundation

Sagittarius A*, Sgr A* for short, is considerably smaller, at some 27 million miles across, but it’s no pipsqueak. Scientists estimate it to be 4 million times more massive than the sun. To make a difficult number to grasp even more unfathomable, imagine this: The sun’s mass is equal to 333,000 Earths.

If M87* offered proof that black holes weren’t science fiction, Sagittarius A* is the testament to decades of mounting observational science. Prior to the first black hole photo, scientists inferred a hole’s presence in space by detecting its impact on nearby stars and gas. Albert Einstein, whose theory of general relativity predicted black holes over a century ago, and Stephen Hawking, a cosmologist who devoted much of his career to mathematically proving their existence, are among the many figures who paved the way for Thursday’s revelation.

Despite their visual similarities — a flaming doughnut versus another flaming doughnut — the two black holes couldn’t be more different, based on the collaboration’s data, scientists said. M87* is accumulating matter at a significantly faster rate, but the Milky Way’s central black hole changes in appearance more quickly: It only takes minutes for gas to fully orbit it, whereas an orbit around its predecessor takes two weeks. Moreover, the first photographed black hole launches a humongous jet of radiation that extends as far as the edge of its galaxy, while Sgr A* does not.

To collect the massive amount of data needed to process the image, the Event Horizon Telescope used a technique called very-long-baseline interferometry, which syncs up observatories around the world and takes advantage of Earth’s rotation to form one virtual planet-sized telescope. Together, the instruments were able to view the sky with sight on par with the strength needed to read a newspaper in New York from Paris, according to the organization.

Researchers gathered five petabytes-worth of data, about 2.5 trillion pages of printed text, to catch even a glimmer of this black hole, said Dom Pesce, a member of the telescope team. 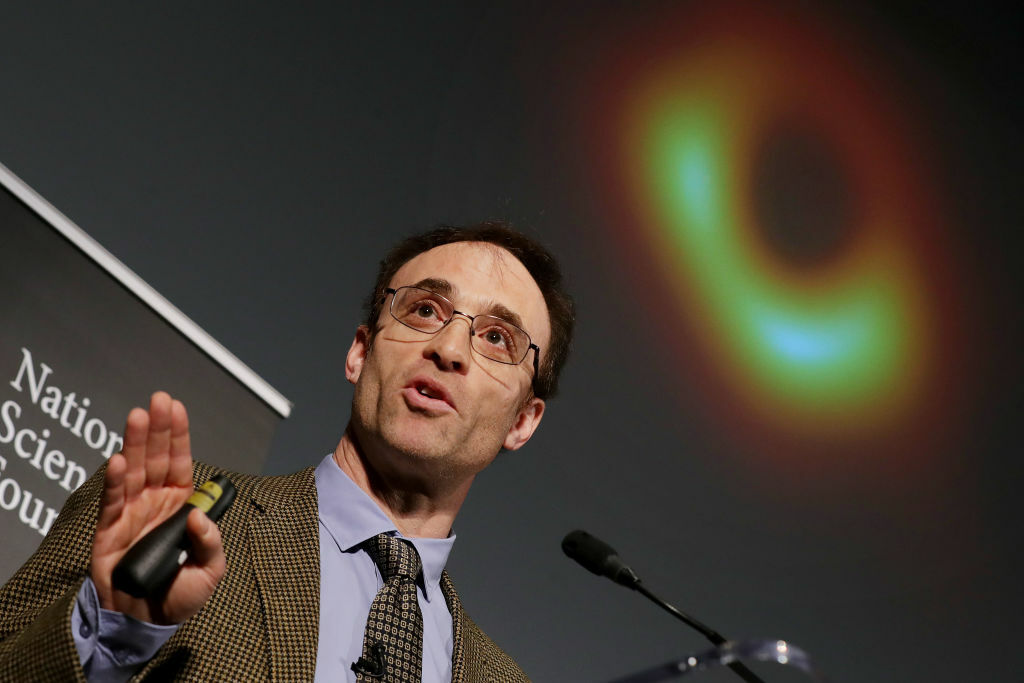 At the time of the 2019 black hole announcement, Event Horizon Telescope collaborators said they had attempted to create an image of this supermassive black hole as well, but the team hadn’t been able to get a clear picture. As one of the most studied supermassive black holes in the universe, that came as a disappointment to many astrophysicists who yearned to gaze at our galaxy’s own navel.

“For me personally, I met it 20 years ago and have loved it and tried to understand it since,” Özel said Thursday.

“For me personally, I met it 20 years ago and have loved it and tried to understand it since.”

Black holes are some of the most elusive things in outer space. The most common kind, called stellar black holes, is often thought to be the result of an enormous star dying in a supernova explosion. The star’s material then collapses onto itself, condensing into a relatively tiny area.

But how supermassive black holes, millions to billions of times more massive than the sun, form is even more mysterious than the typical stellar black holes. Many astrophysicists and cosmologists believe these behemoths lurk at the center of virtually all galaxies. Recent Hubble Space Telescope observations have bolstered the theory that supermassive black holes get their start in the dusty cores of starburst galaxies, where new stars are rapidly churned out, but scientists are still chipping away at the problem.

Black holes don’t have surfaces, like on a planet or star. Instead, they have a boundary called an “event horizon,” It’s a point of no return. If anything swoops too close, it will fall in, never to escape the holes’ gravitational pull.

This is a developing story. Check back for updates.